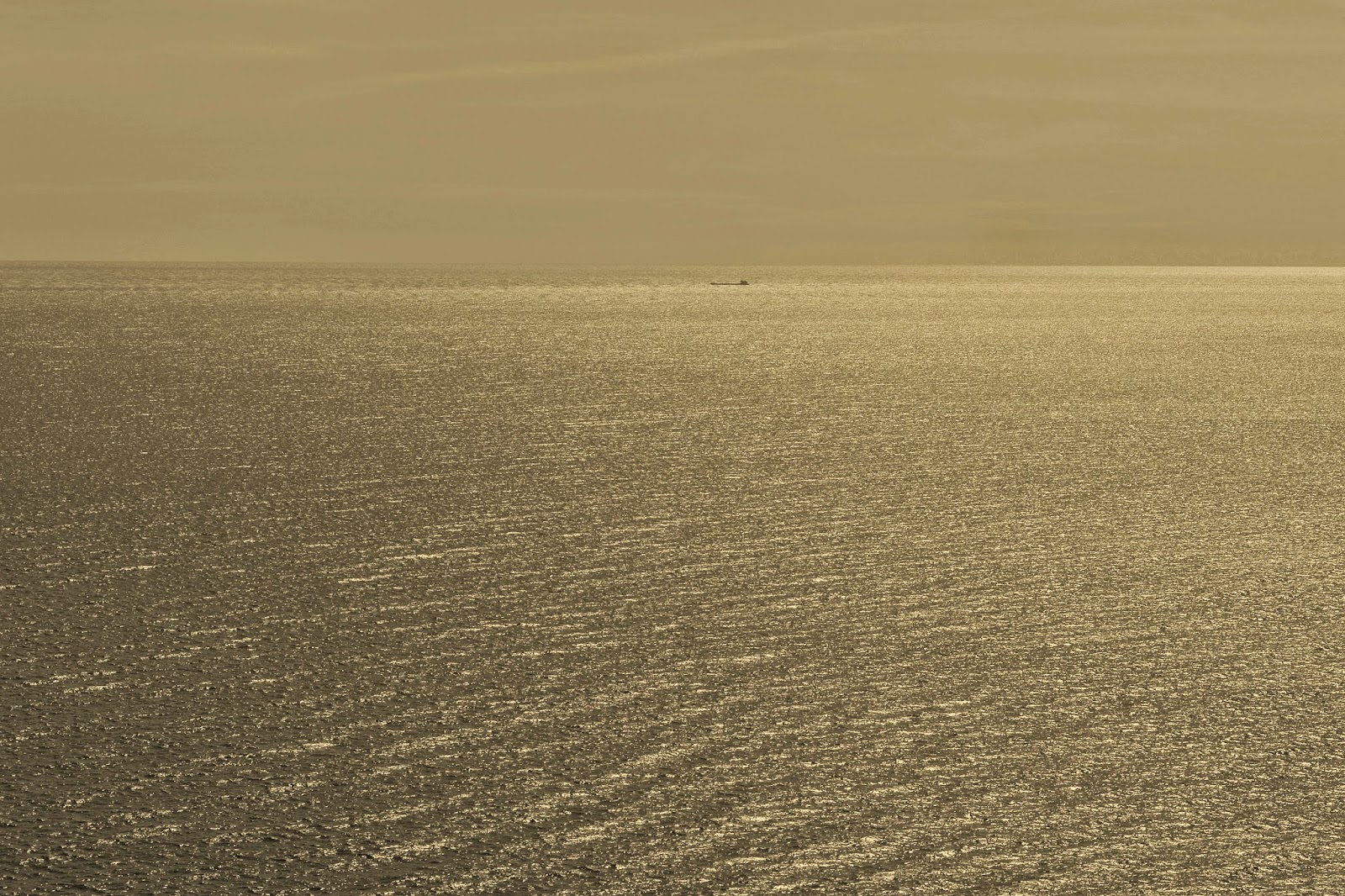 I am writing you with the illegible handwriting of my doubts
on the edge of silence, where the time with yellowed leaves
goes down to the sea, the only one and defenseless
beginning of my love to emptiness.
You are throwing plane, like the horizon, pebbles, and they
don’t slide on the soulless surface any more, but sink in the mute
fainting  of loneliness. Here am I, thrown into the sea,
going to the bottom, no, I'm floating, and this flight into the green
darkness illumines my soul with light. 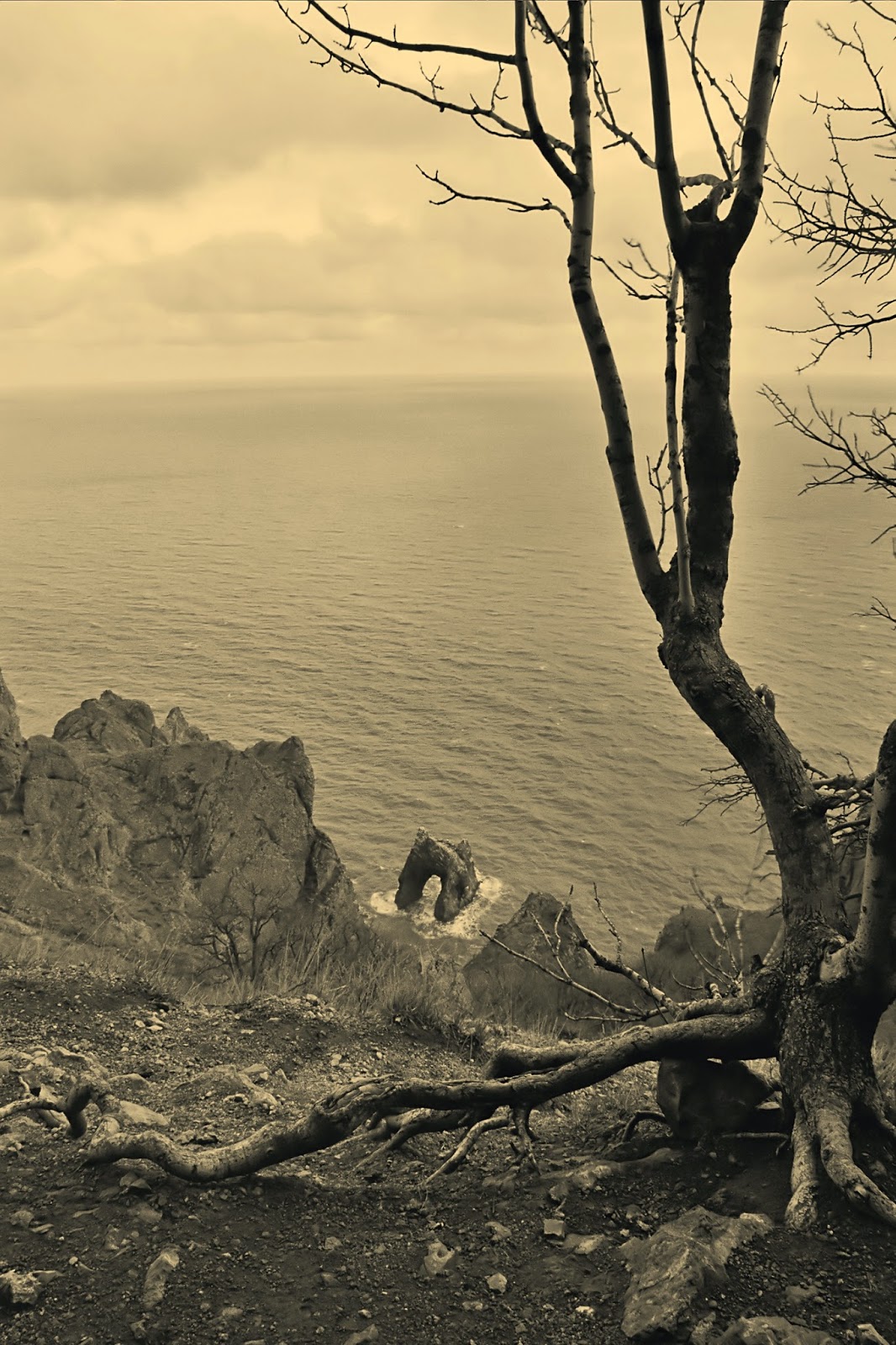 * * *
Sea gulls are sluggishly passing the border of summer, conquerors,
patricians, they are destined to sit by the sea and see the prisoners -
tired inhabitants of the earth. 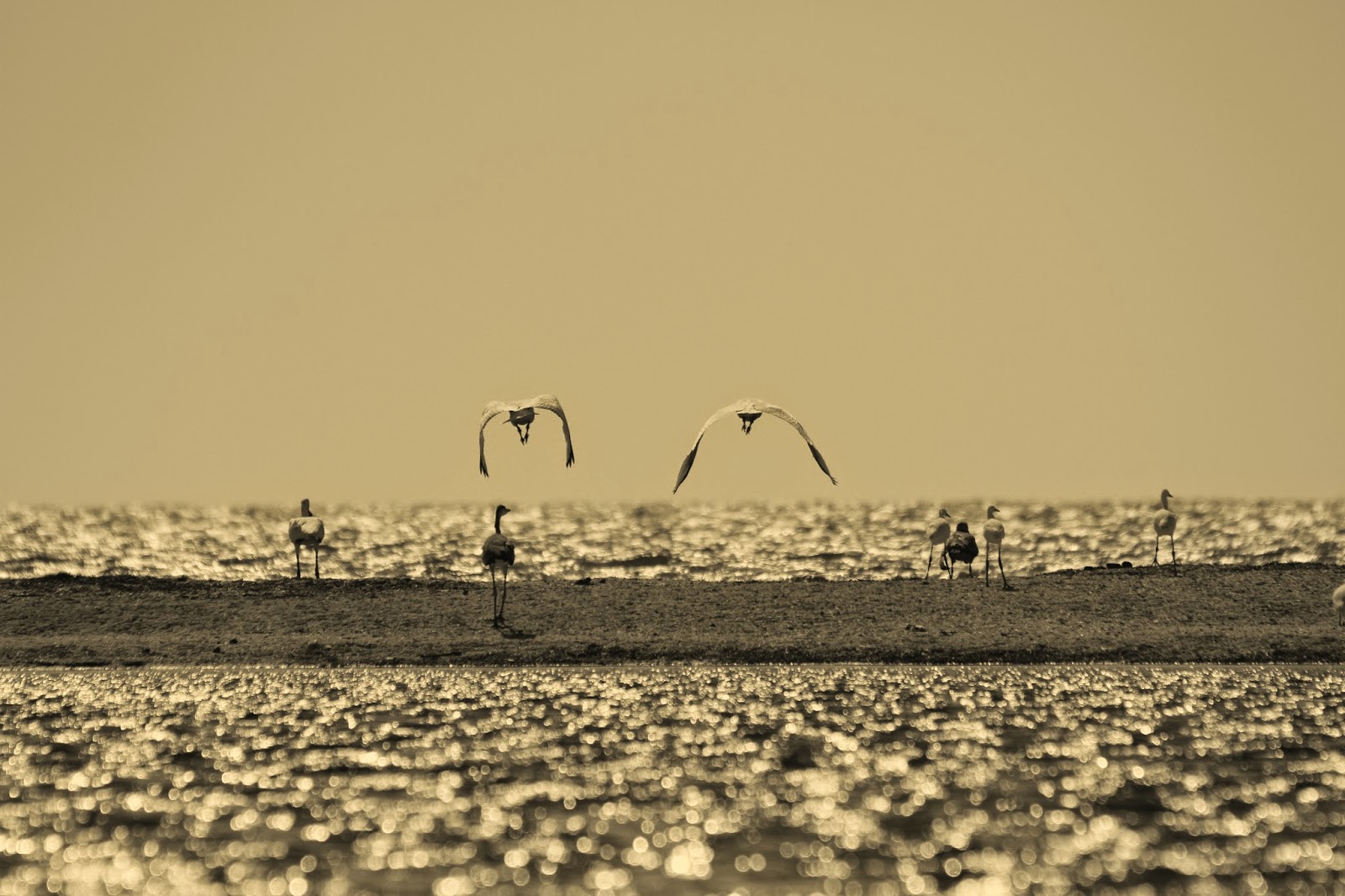 Someone was passing the eternity. I see - the lights are in the windows.
I think,  why not to look inside. And I looked. And there - nobody. 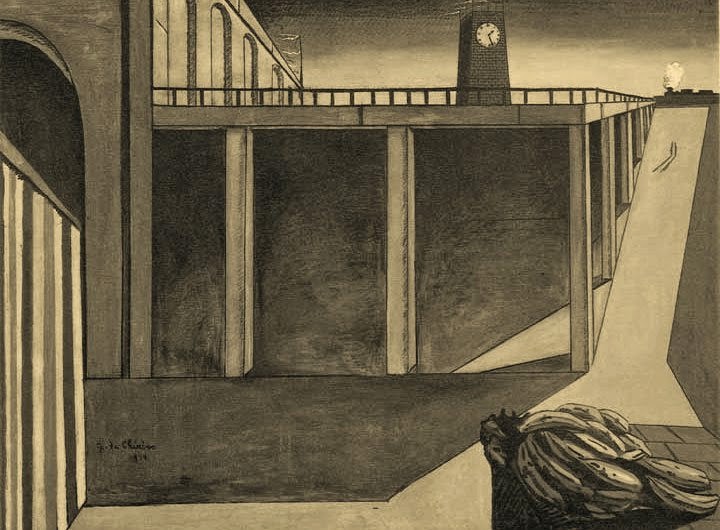 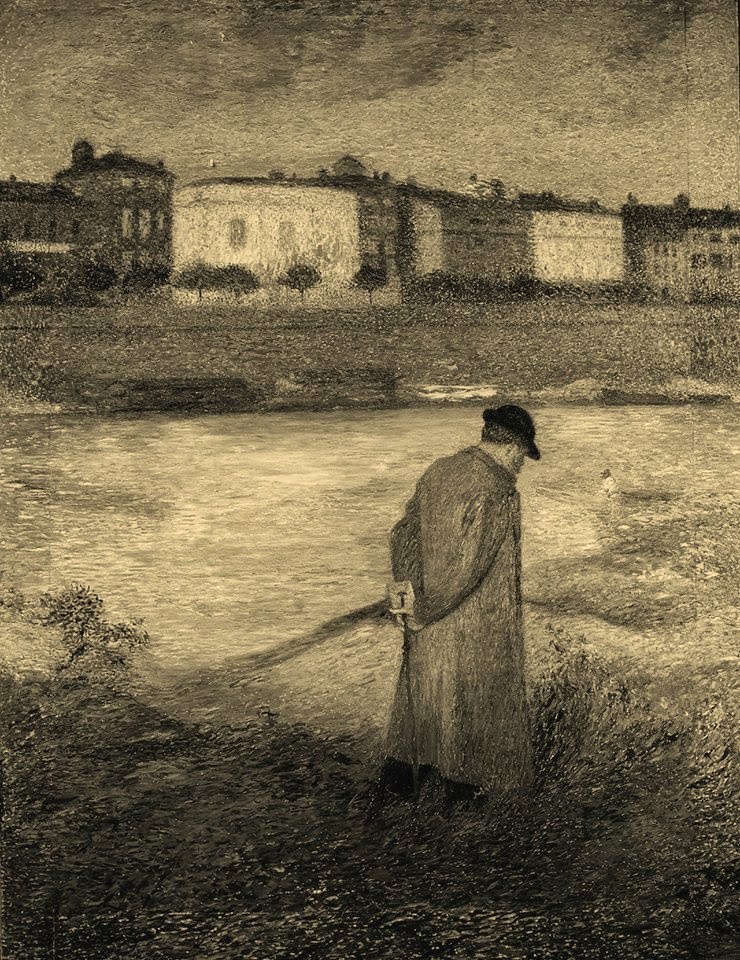 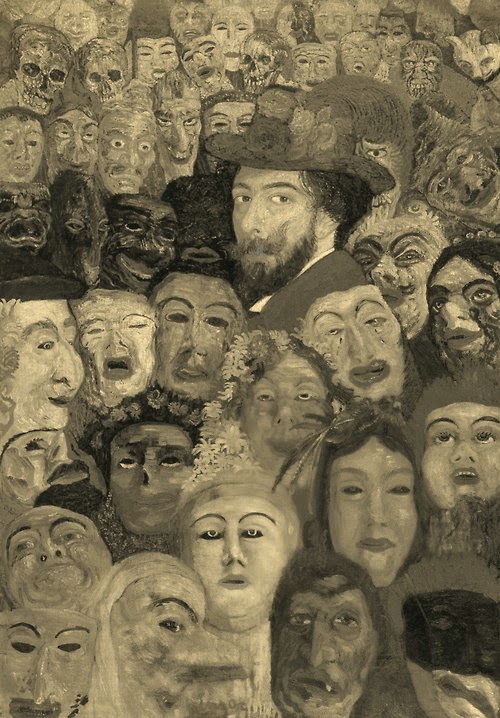 
Once upon a time there lived a brave warrior on the earth,
and no one, except him, knew about it. And he was afraid
that people can learn how brave he was.
So he has lived all his life with fear. 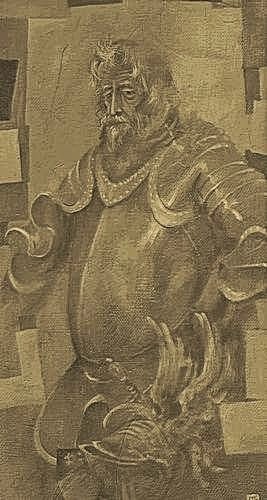 
If you want to find your own way, bring all the roads into one.
Find a point on the map of the world which doesn’t exist, and without delay
go to the goal, without turning neither to the right nor to the left, and where
to turn, if all the roads converged into one. 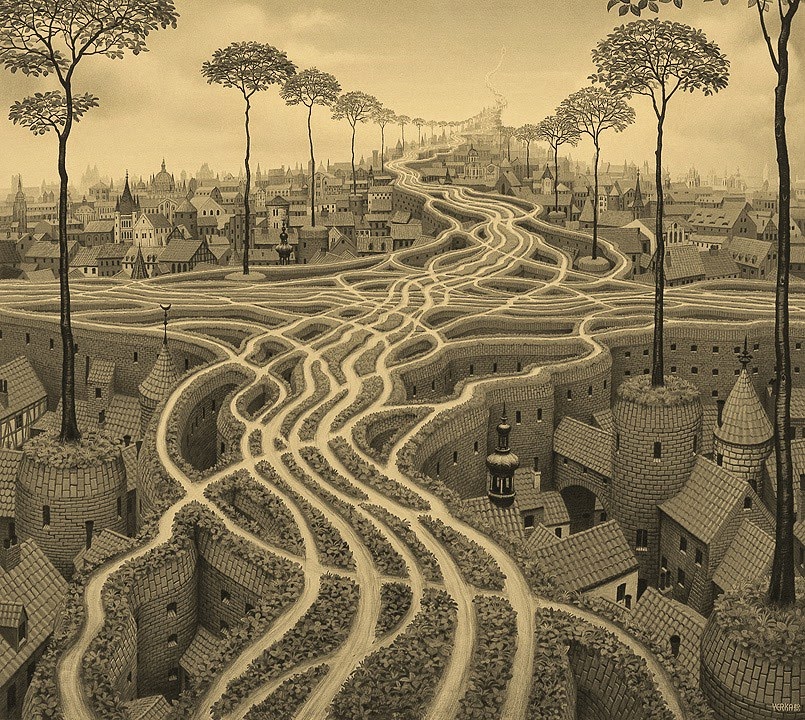 
The ladder held on to the clouds not so long. The wind blew,
the ladder fell to the earth. The railroad appeared in such a way.
Centuries passed, and the ladder is still dreaming to stand with
its gigantic height, and, as in the old days, to reach
to the clouds, where it’s so easy to breathe. 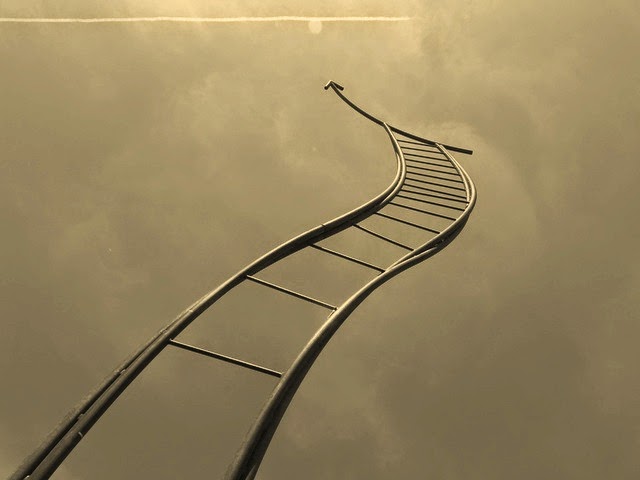 
I can see sometimes, how the eyes of the sunset is filling with blood, I can hear
sometimes, how a woodpecker is making notches on the thick-skinned memory
of trees, I can feel sometimes how life stops.
The heart of the time, I don’t ask you where you are. I can see you,
I can hear you, I feel you. 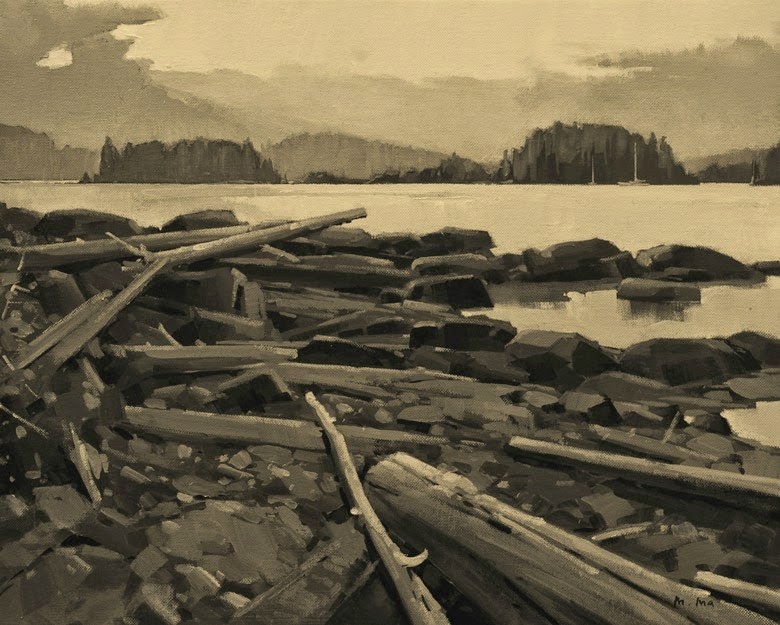 How to save a face, if botox and dysport can’t help?
Help, and even how much help. But the Internet appeared
in every house, and it, unlike cockroaches, which fed
what was left, and which went out of our houses,
eats what it has. Moreover, it crawls on the faces of
politicians and eats their botox and dysport. Who has advised
the Internet unceremoniously rob the faces of politicians?
Is the time really so shameless that allows in front of
the eyes of mankind to encroach the face of the untouchables?
Or perhaps, the faces outdated and remained in those houses
where once the cockroaches lived? 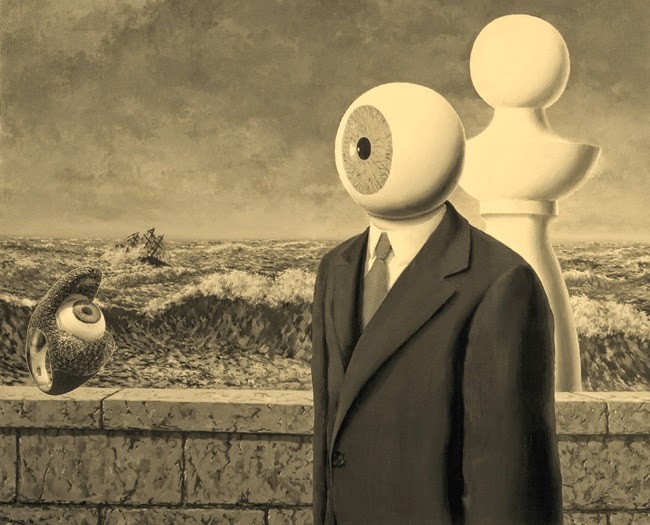 
Is it possible to comprehend the incomprehensible? It’s possible. It requires
silence - not slavish and unquestioning, but  free and inspired. But there is
a war that kills not only people, but the silence. In the world, where there is
little light and a lot of despair, it’s hard to find a ladder of Jacob, on which
angels go up and down. They also have fears, but angels are afraid not for their lives,
but for ours. But what they can do, if the spiritual world is captured by the material world.
Angels have no choice, and they are going to heaven. How to return them to the earth?
We must stop fighting, hating and thinking that everything around belongs
only to the favorite ones. 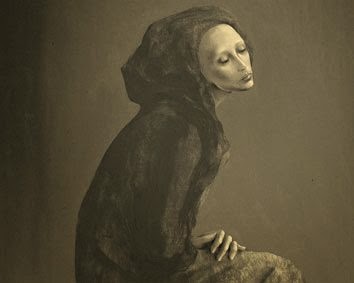 The war is dying with every killed man. The wounded death doesn’t call
for help. Who to call? Only people are around. The war, who invented you?
Only people.